While Amazon has been not so quietly exploding with jobs, there is another industry and employer that has been on the rise behind the mainstream media.

The University of Washington has become a world class college for a world class city. I’ve been in Seattle long enough to remember UW as (almost) a party school. A good school with about a million bars lining the college urban villages main drag.

Today that is not true. UW has taken a much more serious player position inline with other elite colleges around the U.S. and world. Back in 2012 UW began to really feel pinched. UW medicine and UW in general have emerged at the forefront of many break throughs in treating cancer, climate change, and a whole host of other research topics. The UW would desperately love easier collaboration with U.S. firms. The question they’ve had to ask is how to attract those companies to Seattle amidst unprecedented growth and premium priced commercial space?

Let’s face it, Seattle is running out of room. Amazon is not the only company that is booming. SLU, Pioneer Square and downtown are basically at capacity. Downtown has been pushing south into SODO. We are running out of room to put towers and by extension more companies.  Well, not completely out of room. 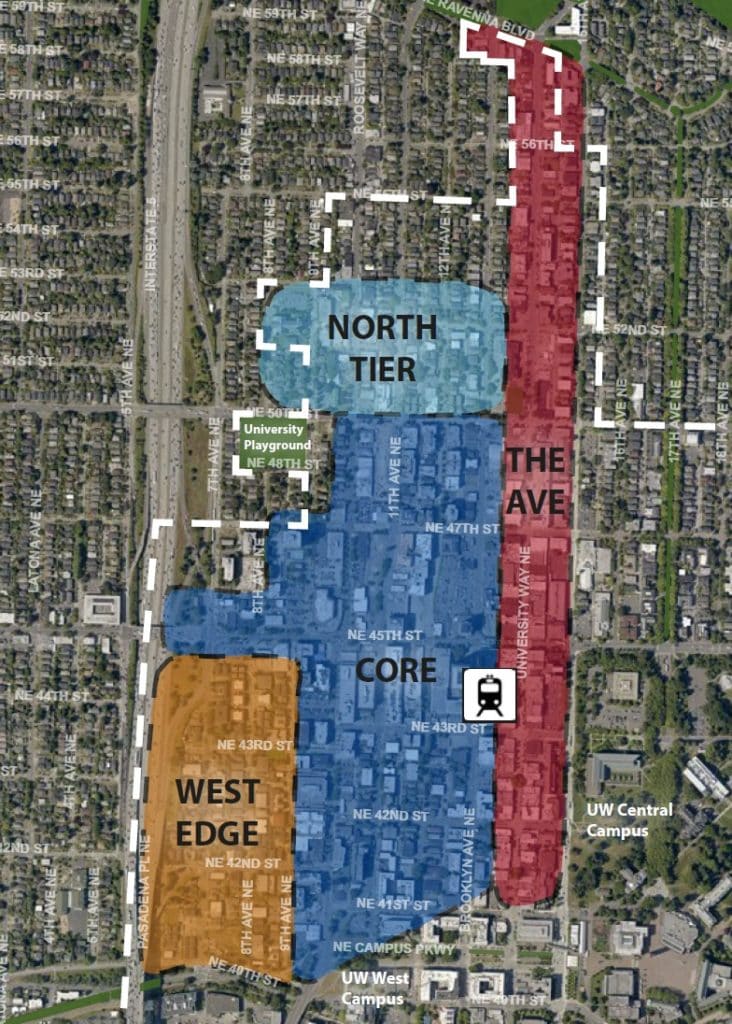 If you look back at our blogs from back in 2014 you’ll see we wrote about the rezone project and what it might mean for the University District. Click here for help understanding the rezone. UW began moving students from shared old housing to dormitories and college apartments back in 2010 – present. The last three years have seen 2400 new rentals open in University District alone. Couple this with UW’s plan to add 33% more square footage to the campus over the next few years and we can expect that UW will be filling many new jobs for research, doctor, and professor roles at the same time.

Now for the up-zone. UW was the big money and push behind the rezone. Currently most of UW’s research collaborators are in other cities. As UW has become a dominant force in medical and environmental science innovation, UW has determined that University District can host these companies right next door to campus. To do this they need to move the students into denser facilities and up zone the neighborhood to allow enough housing and commercial space to make Seattle’s University District more attractive to a more diverse group of employers, people, and businesses. So that is what they set out to do and the City of Seattle just approved the 320’ roof limit and preliminary approval of the campus expansion. Click here to see the final rezone map.

So what should we expect. Well, obviously a lot of change to U-District. In a Kappes Miller report I read about four years ago they forecasted that the first towers would not be built until after 2020 or when condo prices reached over 1000 a square foot… By the way that already happened. You know what else already happened. Three new towers are in planning and permitting as I write this and will, much sooner than expected. Just wait for a new skyline just north of downtown.

Now, many neighbors are worried about this. Likely because they don’t like change. In my view anything that brings more jobs, wealth and people to Seattle, the better all our lives are. These jobs come with support and service jobs that will depend on the new work force wages. New housing will keep the rent from climbing too high… hopefully.

The top benefactors will be those currently living in Ravenna, Bryant, View Ridge, etc. Those neighborhoods will see many more transplants, shops, restaurants and of course home values will increase in the NE of Seattle for probably a more sustained period of time as compared with other neighborhoods. This is holding true at the moment with Ravenna ranked as one of the nations fastest appreciating neighborhoods (see graph below). 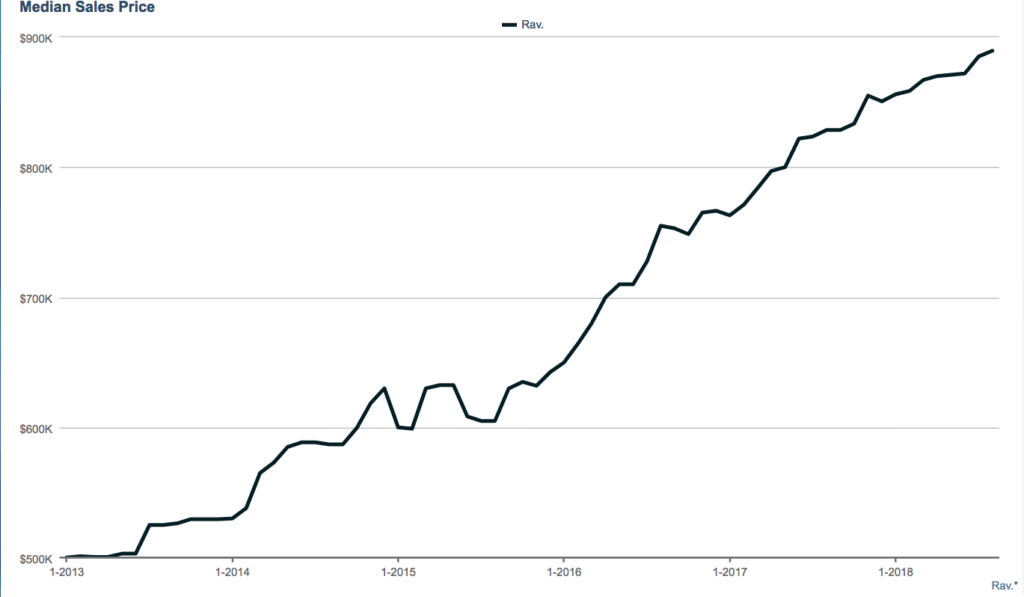 Click HERE to see our most recent listing in Ravenna.